Self-taught artist Nihad Al Turk was born in Aleppo, Syria in 1972. His works are metaphorical self-portraits and they are distinguished by their psychological structures. One of the recurrent themes that the artist employs is the survival of Man amid the power struggles of good and evil. Al Turk’s subjects are usually outcasts, anti-heroes, and rebels that come from a disturbing backdrop. However, his recent optimistic works consist of solid colours that accentuate the figures. 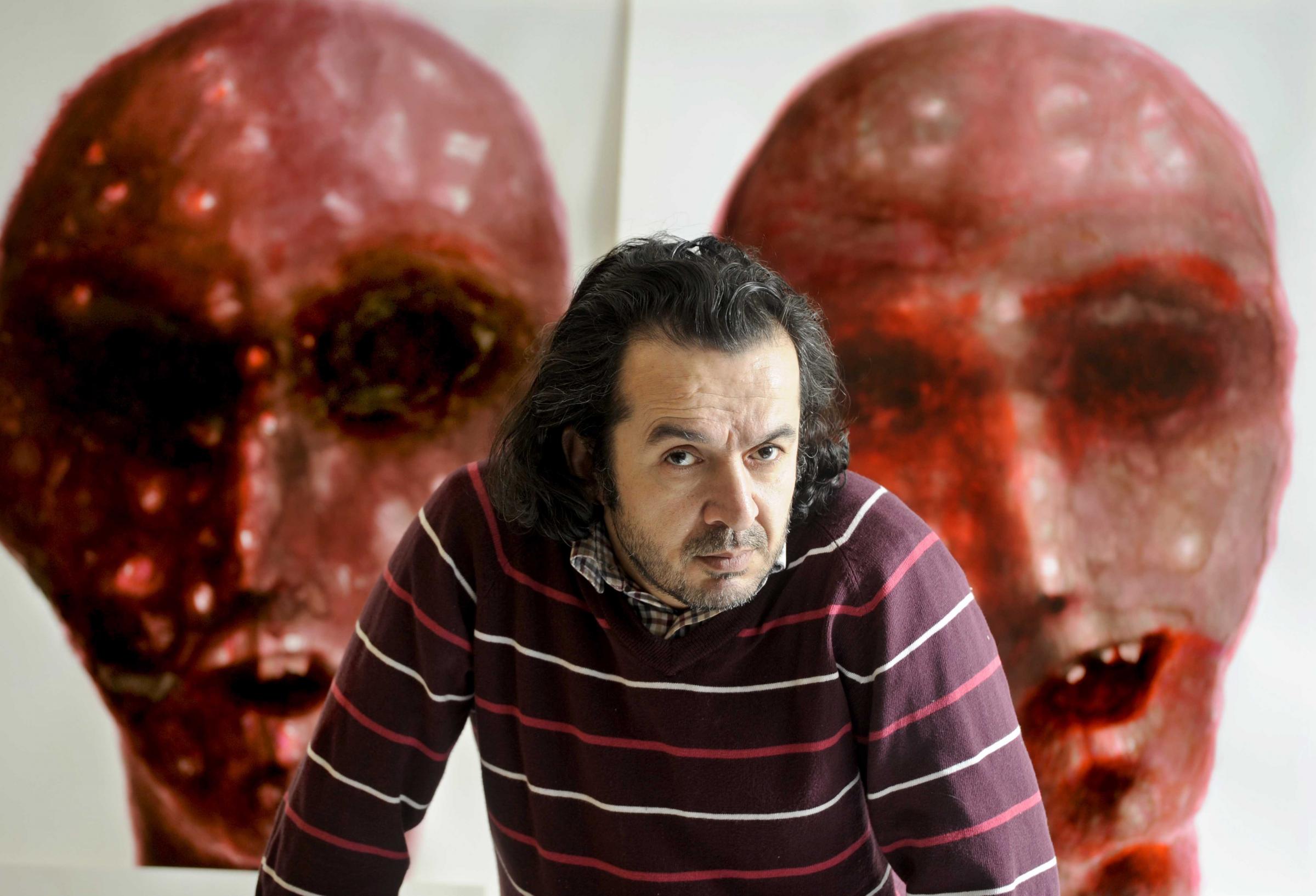