Born in 1975 in Baghdad, Iraq, Baqer Al-Shaikh holds a Diploma in Fine Arts from the Fine Arts Institute of Baghdad and has also spent time at the Arts College of Baghdad. He currently resides in Amman, Jordan. He is the recipient of several awards, including the Al-Wasti Festival of Baghdad Award, and the 2008 Ashtar Festival Award of the Iraqi Artists Association. He also holds nominations from global art sites, and numerous honorary awards. Baqer has exhibited his works through group exhibitions in Lebanon, Iraq & Saudi Arabia, as well as solo exhibitions in Jordan & Lebanon. 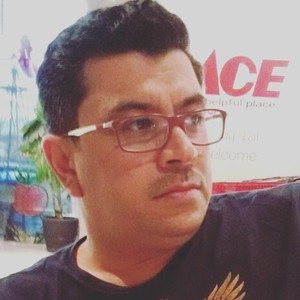